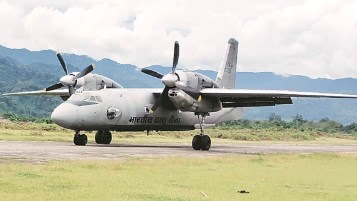 Background: As part of efforts to strengthen military infrastructure along China border, IAF reactivated 8 ALGs to enable aircraft operations along border with China. The Vijay Nagar ALG was 1st activated in 2011-12 and was non-operational for fixed-wing operations since 2016. However, the runway has been resurfaced under recently completed works there.

The repair of runway at Vijaynagar, was coordinated by Air Force Station, Jorhat. It was a challenging task as there being no road connectivity, all the load had to be airlifted by helicopters.

The movement of larger transport aircraft to and from this airfield will act as a catalyst for development of area and it will also facilitate movement of locals.

It is also important not only for local administration in extending their reach to residents of this remote area but also crucial from a strategic point of view. ALG will assist in effective management of borders with Myanmar and China (due to its location and proximity to both the borders) as well as will facilitate launch of joint operations by Indian Army and Indian Air Force for defence of Vijaynagar salient.