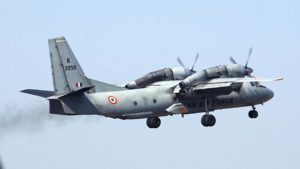 Indian Air Force’s AN-32 transport aircraft goes missing after taking off from Jorhat in Assam. The airborne aircraft had total 13 people on board including eight aircrew and five passengers.