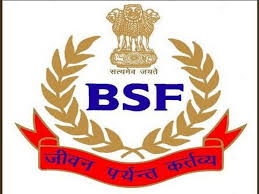 Home Ministry has enhanced the powers of Border Security Force (BSF). Under the enhanced power, officers will have the power to search and arrest.

What are the enhanced powers?

Why this decision was taken?

The primary goal of the BSF is to guard borders and stop infiltration. But the recent dropping of drones shows that they have failed to guard the delineated line. As per critiques, this decision might lead to regular confrontations with local police as well as villagers, when searches and seizures will be done.