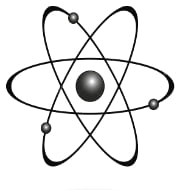 The HL-2M Tokamak reactor is China’s largest and most advanced nuclear fusion experimental device. Located in southwestern Sichuan province, the reactor is often called an “artificial sun” because of the enormous heat and power it produces. It was completed last year and it has the potential to unlock a powerful clean energy source. China has successfully powered up this reactor for the first time, marking the advances made in the nuclear power research capability.

About the HL-2M Tokmak Reactor

The reactor uses powerful magnetic field to fuse hot plasma. The reactor can reach temperatures of 150 million degree Celsius. The fusion reactions require sufficient temperature and pressure, a confined environment to create a plasma where the fusion can occur.

What is the plan of China?

It is the world largest nuclear fusion research project. It is based in France and is expected to be completed in 2025. The members of International Thermonuclear Experimental Reactor project are India, China, European Union, Japan, Korea, United States and Russia. It is the first fusion device to test nuclear fusion reaction for commercial production of electricity. It uses the same principle as that used to power the stars and the sun. It is a carbon free source of energy.

In a nuclear fusion reaction two atomic nuclei are combined or fused to form one different atomic nucleus. During the process enormous heat is generated which is used to generate electricity.  Radioactivity in operation in case of fusion reactions is much lesser than that of the fission reaction.