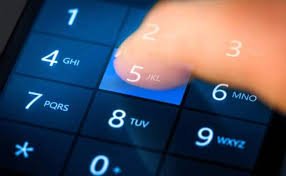 Himachal Pradesh has become the first state in the country to implement Emergency Response Support System (ERSS) as Union Home Minister Rajnath Singh launched ERSS number 112 for the state. Under this system, all emergency numbers like 100 for police, 101 for fire, 102 for ambulance and disaster response have been integrated into one number ‘112’. This emergency number has been introduced on basis of US emergency number 911. Gradually this emergency number will be started in other states of the country.

It will provide single emergency response number across the country, providing 24*7 efficient and effective response system which can receive inputs from various voice and data services like voice call, SMS, e-mail and panic buttons in public transport, to attend to citizens in distress.
It can also identify the location of persons in distress, connecting through voice or data, and immediate assistance will be provided to the affected. It will help in optimum utilisation of manpower and prompt action on emergency calls. In addition to this, problems related to coordination among police force will also be simplified.
It has feature of automated response system for timely dispatch of field resources (police) to the location of incidence using the system. It also has GPS (Global Positioning System) enabled dispatch of vehicles to locate nearest vehicles. It will provide standardized and easy to use mobile apps, IoT (Internet of Things) applications on Pan-India basis.

The ERSS project was approved by Union Ministry of Home Affairs (MHA) based on the recommendations of the Justice Verma Committee in the backdrop of unfortunate incident of Nirbhaya in December 2012 in national capital New Delhi. ERSS) was earlier referred as Nationwide Emergency Response System. The project was approved budgetary provision of Rs.321.69 crore under the Nirbhaya Fund with view to introduce Pan-India Single Emergency Response Number ‘112’ to address all kinds of distress calls such as police, fire and ambulance etc.