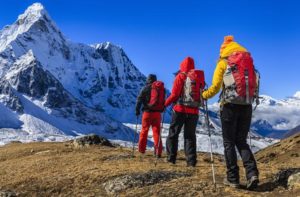 The Himachal Pradesh (HP) government has made it compulsory for trekkers to carry a GPS (Global Positioning System) device to tackle any exigency. This decision was taken at a review meeting on preparedness for the monsoon chaired by Shrikant Baldi, Additional Chief Secretary cum-Pr. Secretary to Jai Ram Thakur, Chief Minister, HP.

Need: Being a disaster-prone state, it is essential for Himachal Pradesh to pay special heed to disseminating weather advisories as well as installing early warning systems in state. It is also important to restrict trekking and other yatras undertaken in state during adverse weather.

Significance: Since it would be made mandatory for trekkers to carry a GPS device with them, they could now be provided all possible help in case of any emergency.

Early Warning Systems will soon be installated in Kullu district and Dalhousie town of state.

Towns of Rampur and Mandi have been zeroed in for setting up of relief and rescue base of National Disaster Response Force (NDRF). NDRF is a specialised force constituted under the Disaster Management Act, 2005. It is responsible for purpose of specialist response to a threatening disaster situation or disaster.

Geography: It is bounded by Jammu and Kashmir (J&K) state to the north, China’s Tibet Autonomous Region (TAR) to east, Uttarakhand to southeast, Haryana to its south, and Punjab to west.