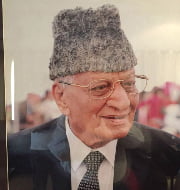 The co-founder of Hero Cycles group Satyanand Munjal passed away in Ludhiana, Punjab. He was 99.
He was popularly known as ‘mahatma’ Satyanand Munjal for being devoted to several social causes related to the Arya Samaj.