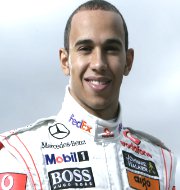 Lewis Hamilton won his 8th race at the Hungarian Grand Prix and also equalled the record of the same number of wins by legendary Michael Schumacher at the French Grand Prix for a single race venue. Overall, Hamilton is now five wins away to equal to the record of 91 victories recorded by Schumacher in his entire career.

It was the second win for the defending champion in the circuit after the Syrian Grand Prix last week and now he is at the top of the drivers’ championship, leading the table with a one-point lead over his Mercedes team-mate Valtteri Bottas, who won the season-opening Austrian Grand Prix.

This time, Hamilton controlled the race from lights to flag, handling the challenging conditions very well during the race. Max Verstappen came second though his car had to be repaired for several damages at the beginning itself. He still led by a fraction of a second from Bottas. Bottas was in the third position in the race ahead of Alex Albon in Red Bull and Sebastian Vettel of Ferrari.

Sergio Perez claimed the 7th position in his Racing Point ahead of Daniel Ricciardo of Renault, Kevin Magnussen of Haas and Carlos Sainz of McLaren.