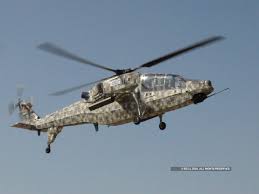 In the prevailing tension situation in Ladakh with China over repeated incursions by the People’s Liberation Army (PLA) of the country, the government has decided to deploy two Light Combat Helicopters (LCH) in the region. These helicopters have been developed by the public sector defence undertaking, Hindustan Aeronautics Limited (HAL).

These two helicopters are going to support the initiatives of the Indian Air Force in the region in the high altitude areas of the region. These helicopters have been deployed for operations at a very short notice. This is the lightest such helicopters in the world in order to meet the specific demands of the IAF.

What are Light Combat Helicopters?

LCHs are very potent weapons because of the state-of-the-art systems and highly accurate weapons that are capable of hitting any target any time, be it during the day or the night. LCHs can operate in the complete ‘Area of Responsibilities’ and altitudes. It has the capability to carry adequate weapon load at high altitudes under variable weather conditions. All these characteristics make these very much effective for hot and high altitude operations.

The role of HAL in the manufacturing of LCHs

The IAF and the Indian Army require total of 160 LCHs for their operational needs. The Defence Acquisition Council (DAC) had approved the proposal for an initial batch of 15 LCHs. The IAF had issued a Request for Proposal for 15 Limited Series Production helicopters and HAL has already submitted its response. Technical evaluation and price negotiations have also been concluded and HAL expects to deliver them shortly.

What is the issue at Ladakh?

In June 2020, India alleged that China had sent thousands of troops into Ladakh’s Galwan Valley claiming that area to be its own. India retaliated and in the whole episode, 20 Indian soldiers were killed though the casualties from the PLA side could not be ascertained. Since then, both the sides have engaged in skirmishes in the area and no solution could be reached even after the military level talks between the two sides.