Govt. approves raising of 2 operational commands for ITBP at Chandigarh and Guwahati 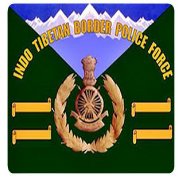 Cabinet meeting chaired by Prime Minister Narendra Modi has approved a full cadre review for the Indo-Tibetan Border Police (ITBP). This has resulted in creation of more than 3,000 new posts and raising of two operational commands for ITBP that guards Line of Actual Control (LAC) with China.

The decision comes on the eve of ITBP’s 58th Raising Day observed every year on 24 October. The new commands are expected to be in place by 2020 and will help in effective domination and control of LAC that is marred by harsh weather and high-altitude locations.

Union government has cleared an about-1.5-year-old proposal of the force. The cadre review exercise of ITBP has been conducted after 18 years, as the last review was done in 2001.

The review, for Group ‘A’ general duty (executive) cadre and non-general duty officials, will create more than 3,000 new posts, including 60 in top command. It will also allow raising two commands along 3,488-km-long LAC with China that force guards.

Two New Commands: Western command to be based at Chandigarh and Eastern command at Guwahati, Assam. It will be headed by Additional Director General (ADG)-rank officers and will have several frontiers under them that will oversee troops and battalion deployments along China front, starting from Ladakh to Arunachal Pradesh. This command structure would allow better planning of operations as well as resource mobilisation in times of peace and war.

In 2019, Union government had moved the North West (NW) frontier of ITBP from Chandigarh to Leh for better dominance of front. The frontier is headed by an Inspector General-rank officer who is equivalent to a Major General of Indian Army.

It is one of the seven Central Armed Police Forces (CAPF) of India under the authority of Union Ministry of Home Affairs. It was raised in the wake of the Sino-Indian War (1962) on 24 October 1962 under the CRPF Act. It was intended for deployment along India and Tibet border.