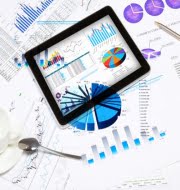 In 2015, FSDC first had suggested the creation of such a body, after Reserve Bank of India (RBI) had objected to share company-specific data with FSDC. RBI had given reason that FSDC is not a statutory bod in nature, and sharing such data would be a breach of confidentiality. To resolve this issue, Union Finance Minister Arun Jaitley in his 2016-17 Budget Speech announced setting up of statutory FDMC under the aegis of the FSDC to facilitate integrated data aggregation and analysis in the financial sector.