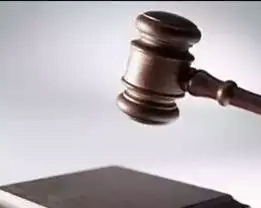 Features of the Companies (Amendment) Bill, 2018

The Loksabha had passed the Companies (Amendment) Bill, 2018. The bill had important features like re-categorisation of offences, reducing the burden on special courts and bringing down the applicable penalties for small companies, enhancing the jurisdiction of Regional Director for compounding offences, empowers the central government to allow certain companies to have a different financial year instead of being determined by the National Company Law Tribunal among others.
The main objective of the amendment bill was the promotion of ease of doing business along with better corporate compliance.

Article 123 of the Constitution empowers the President to promulgate Ordinances to amend certain laws when either of the two Houses of Parliament is not in session and hence it is not possible to enact laws in the Parliament.
Ordinances must be must be approved by Parliament within six weeks of reassembling or they shall cease to operate.
Similar power to promulgate the ordinance has been provided to the Governor of the state under Article 213.
Ordinances were provided as a stop-gap arrangement and not as an alternative legislation process. The promulgation of the ordinance is subject to judicial review