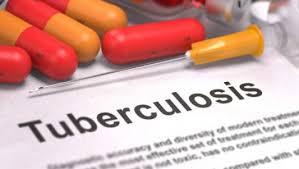 The Union Ministry of Health and Family Welfare has launched a door-to-door campaign for 15-days in the country for early diagnosis, detection and treatment of tuberculosis (TB) to eliminate the disease.
The campaign has been launched along the lines of anti-polio drive, which had fetched very good result for India and successfully making country free from disease.

Objective of this campaign is to detect these missed out cases by going to every household. It is follow to government’s set target to decrease incidences of TB by 90% by 2025 and reduce mortality due to the disease by 95% by 2030 under the Revised National TB Control Programme (RNTCP).
Through this door-to-door campaign, health department workers, ASHAs (Accredited Social Health Activists) and TB supervisors will make door-to-door visits to find TB patients and give them free medical treatment till they are cured.

As per the World Health Organisation (WHO), approximately 2.8 million cases of TB occur in India every year, out of which only 1.7 million cases are reported, thus around one million cases of TB get missed every year. The Ministry of Health and Family Welfare has set ambitious target to decrease incidences of tuberculosis by 90% by 2025 and reduce mortality due to the disease by 95% by 2030 under the Revised National TB Control Programme (RNTCP).  Under the 3rd phase of RNTCP called Active Case Finding (ACF), government has identified 186 high-risk districts with the help of states. Besides, government rolled out the daily drug course of therapy recently to combat the disease across the country.

TB is bacterial disease caused by “Mycobacterium tuberculosis” bacteria that most often affect the lungs. The disease is spread from person to person through the air. It commonly affects the lungs but can also affect other parts of the body. It is the second biggest killer disease worldwide next only to HIV/AIDS. It can be completely cured with proper and regular medication.