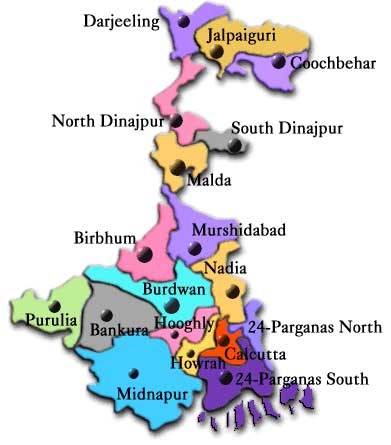 Central Government has banned Kamatapur Liberation Organisation (KLO), which operates in West Bengal and Assam. An official gazette notification of Union Home Ministry mentioned that under the Unlawful Activities Prevention Act, 1967, it has proposed to add KLO and all its formation and front organisations as a terrorist organisation.  With this notification, KLO is listed in the First Schedule of Act and has joined other 37 militant organizations.

KLO came into existence in 1993 to achieve the objective of a separate sovereign Kamatapur state.
It has been consolidating its position in the 14 districts in Assam and 6 districts in West Bengal both organisationally and in terms of weapons and cadres.

It was formed to address problems of the Koch Rajbongshi community and perceived neglect of Kamtapuri language, large-scale unemployment, land alienation, identity and grievances of economic deprivation of the community.

The group has emerged as a major threat and is demanding an independent county Sovereign Kamatapur State of ten districts in West Bengal and Assam. The 10 districts demanded by them includes six districts of North Bengal namely Cooch Behar, Darjeeling, Jalpaiguri, North Dinajpur, South Dinajpur, Malda and four of lower Assam, Kokrajhar, Bongaigaon, Dhubri and Goalpara.
It is alleged that the KLO is having links with other North-east militant groups such ULFA and National Democratic Front of Bodoland (NDFB).