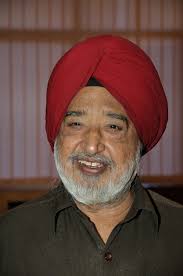 The Department of Science and Technology will award Raghbir Singh Khandpur for his contribution to science and his efforts to make the Science City in Punjab’s Kapurthala into an international-level facility
He has been selected for a national award for his contribution in the field of science, technology and communication. It will be given to him in New Delhi on National Science Day (February 28).

Khandpur is former Director General (DG) of the Centre for Electronics Design and Technology and Pushpa Gujral Science City in Kapurthala. He has served as scientist for 24 years at CSIO, Chandigarh as head of Medical Instruments Division and also as head of the Electronics Division.
He is also the founder director of Centre for Development of Advanced Computing (CDAC) in Mohali. He has authored 10 books of international repute and is a holder of seven patents for innovative designs. He has published over 60 research and review papers.