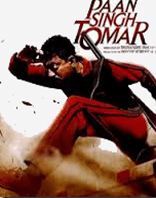 The international financial conglomerate Goldman Sachs has listed weak investment and muted monetary transmission as two of the greatest challenges for the Indian Economy.

Why is this important?

The Indian Government is aiming to develop India into a USD 10 trillion by the year 2032. For this, the government is looking to make some institutional changes in the arrangement of funds to complete stalled infrastructure projects.

It also aims to provide some tax incentives to new home buyers which will increase the demand for the real estate sector.

The Reserve Bank of India recently released the State of Economy Report for the month of April 2021....