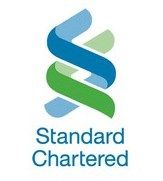 Standard Chartered Plc, a multinational company has made long term forecasts about the shake-up of the world’s gross domestic product (GDP) rankings. The key elements of the forecast are:

Standard Chartered Plc has undertaken the long-term growth forecasts based on one key principle that countries’ share of world GDP should eventually converge with their share of the world’s population, driven by the convergence of per capita GDP between advanced and emerging economies.

Gross domestic product (GDP) is the market monetary value of all the final goods and services produced in a period of time, often annually or quarterly. It is the measure of the nation’s overall economic activity.