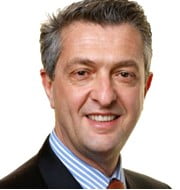 Senior United Nations (UN) official Filippo Grandi from Italy has taken the charge as new UN High Commissioner for Refugees (UNHCR).
He succeeds Antonio Guterres of Portugal who has retired after heading the Refugee Agency for one decade. He will have tenure of five years.