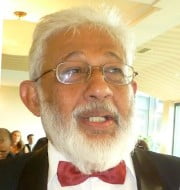 Veteran Sri Lankan historian Santasilan Kadirgamar passed away in Colombo after a brief illness. He was 81.
He was born in April 1934 in Chavakachcheri of Sri Lanka’s Jaffna province. He had pursued higher studies in history at the University of Peradeniya and International Christian University (ICU) in Tokyo, Japan.
He was among the instrumental in the formation of Movement for Inter-Racial Justice and Equality (MIRJE) in Jaffna and Jaffna Citizens’ Committee in the late 1970s and early 1980s.
In 1983, on the Japan Foundation Fellowship he started lecturing at several universities in Tokyo- Yokohama region of Japan and continued till 2000.
He had authored of several publications and some of his famous work includes the history and impact of the short-lived Jaffna Youth Congress in 1980. His other works included The Left Tradition in Lankan Tamil Politics and The Tamils of Lanka: Their Struggle for Justice and Equality with Dignit.
Santasilan Kadirgamar’s cousin Lakshman Kadirgamar was former Sri Lankan Foreign Affairs Minister who was assassinated in August 2005.