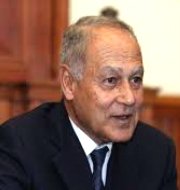 Veteran Egyptian diplomat Ahmed Abul Gheit (73) has been selected as Secretary General of the Arab League.
The 22-member league voted unanimously in favour of Aboul Gheit who was only contender for the post at its ministerial meeting held in Cairo, Egypt.
He will succeed Nabil El-Araby, Egyptian diplomat whose term ends in July 2016 after he had rejected second five-year term.
Abul Gheit is a former ambassador of Egypt to the United Nations. He had served as Egypt’s foreign minister from 2004 to 2011 during the final seven years of Hosni Mubarak’s rule.