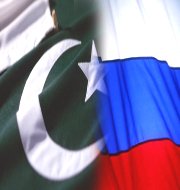 The second edition of DRUZBA 2017 (Friendship-2017), a joint military exercise between special forces of Pakistan and Russia was held in Minralney Vody, Russia. The exercise set the stage for translating political goodwill between both countries into a substantial partnership especially in the field of defence.

The joint exercise DRUZBA 2017 focused on counter-terrorism operations, hostage and rescue, cordon and search operation. It aimed to enhance and further strengthen military ties between two countries and share Pakistan Army’s experience in war against terrorism. It also involved experience sharing and develop coordination in carrying out practice combat tasks in a mountainous environment, including operations against illegal armed groups.

In recent years, Pakistan’s ties with Russia have moved past bitter Cold War hostilities and chill in the relations between Pakistan and US. This comes especially at time when President Donald Trump warned Pakistan for providing safe havens to terrorists which has further pushed it towards Russia and China. The first edition of the exercise was held in at the Army High Altitude School in Rattu, northern Pakistan. Russia also started selling weapons to Islamabad.