3. India has 23rd least Friendly Tax climate
While India still maintains a relatively low rank of 23rd least friendly tax climate in this year’s Tax Misery Index, topped by France with harshest taxes across the world, it is ranked at top in terms of increase in its tax misery score, a collective measure of maximum corporate, personal, social security and sales tax rates. The index assesses whether a jurisdiction’s tax policy attracts or repels capital and talent by calculating its Misery score. Jurisdictions at the top of the index with high scores impose the harshest taxes, while the most tax friendly are at the bottom.

The index, an annual global ranking compiled by the Asian edition of US business magazine Forbes, ranks the countries in terms of their tax climate harshness.
India was ranked 35th least tax friendly jurisdiction in the 2008 list.
France, China and Belgium have been named as having top three harshest tax climates.
Qatar, the United Arab Emirates and Hong Kong have trumped other economies to retain the friendliest tax climate, as per the 2009 Tax Misery & Reform Index.

4. LIC contract to ElectraCard Services
ElectraCard Services (ECS), India’s leading electronic payment solutions provider, has been awarded the contract for end to end processing of LIC Credit Cards, by Corporation Bank. The bank will issue white label credit cards on behalf of LIC Cards Services Limited, a company owned by LIC of India as per agreement entered into and the cards will be launched soon, stated a press release. LIC of India, one of the biggest insurance companies in the world, plans to leverage its ready database of 235 million policyholders to issue these cards in the first phase of rollout. It also plans to launch a facility to pay LIC premiums using the credit card. ECS will handle complete processing of the credit cards right from applications, card and accounts, transactions, billing, statements, payments, dispute resolution, and general ledger. ECS will also provide additional services in the form of a 24×7 help line to assist LIC card holders, as well as generate SMS and email alerts. ECS will provide the entire infrastructure and manpower required for such operations and will manage all relationships with 3rd party service providers that are engaged within this line of processing services.

5. Swapanali Yadav
Swapnali Yadav, the 8 year old from Mumbai participated and successfully completed the 19th International Swim across the Gulf

Of Mesiniakos from Koroni-Kalamata, a distance of 30km, in 11 hours 10 minutes. The next youngest competitor was 22yrs old. Her next target is to become the youngest to swim across the legendary English Channel. The record books indicate that the youngest swimmer to cross the channel is Thomas Gregory at the age of 11yrs and 330days. Mihir Sen, a long distance swimming legend, was the first Indian to swim across the channel in 1958. 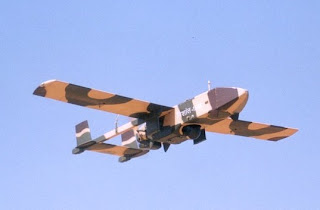 of DRDO for the Indian Armed Forces. The Nishant UAV is primarily tasked with intelligence gathering over enemy territory and also for recce, surveillance, target designation, artillery fire correction, damage assessment, ELINT and SIGINT. The UAV has an Endurance of 4 hrs & 30min. Nishant has completed development Phase and User Trials.
The 380 kg Nishant UAV requires rail-launching from a hydro-pneumatic launcher and recovered by a Parachute System. Launches at a velocity of 45 m/s are carried out in 0.6 seconds with 100 kW power and subsequent launches can be carried out in intervals of 20 minutes. The Mobile Hydro-Pneumatic Launcher (MHPL) system mounted on a Tatra truck weighs 14,000 kg and boasts of a life cycle of 1000 launches before requiring overhaul. Nishant is one of the few UAVs in the world in its weight-class capable of being catapult-launched and recovered by using parachute, thus eliminating the need for a runway as in case of conventional take-off and landing with wheels.
source : wikipedia
7. Sir Jehangir Ghandy Medal to Ratan Tata
The prestigious Sir Jehangir Ghandy Medal for Industrial & Social Peace was conferred on Mr. Ratan N. Tata, Chairman, the Tata Group of Companies. The Sir Jehangir Ghandy Medal was instituted by XLRI in 1966. Previous recipients of the Medal include respected names from diverse fields such as J. R. D. Tata, Arvind Mafatlal, Holck-Larsen, Rajmohan Gandhi, P. N. Bhagwati, V. Kurien and M. S. Banga. Mr. Ratan Tata has already been conferred with the XLRI Honorary Fellow Award.
A legend Called Ratan Tata: Some Other awards and Honours

1. On the occasion of India’s 58th Republic Day on 26 January 2000, Ratan Tata was honoured with the Padma Bhushan, the third highest decoration that may be awarded to a civilian.
2. On 26 January 2008, he was awarded the Padma Vibhushan, the second highest civilian decoration.
3. He was one of the recipients of the NASSCOM Global Leadership Awards 2008 given away at a ceremony on February 14, 2008 in Mumbai. Ratan Tata accepted the Carnegie Medal of Philanthropy in 2007 on behalf of the Tata Family.
4. In March 2006, Tata was honoured by Cornell University as the 26th Robert S. Hatfield Fellow in Economic Education, considered the highest honor the university awards to distinguished individuals from the corporate sector.
5. He recently received an honorary doctorate from the London School of Economics and Indian Institute of Technology, Kharagpur.
6. He was listed among the 25 most powerful people in business named by Fortune Magazine in November 2007.
7. In May 2008, Mr. Tata made it to the Time Magazine’s 2008 list of the World’s 100 Most Influential People. Tata was hailed for unveiling his tiny Rs. One lakh car ‘Nano’.
8. On 29th August 2008, the Government of Singapore conferred Honorary Citizenship on Ratan Tata, in recognition of his abiding business relationship with the island nation and his contribution to the growth of high-tech sectors in Singapore. Ratan Tata is the first Indian to receive this honour.

11. PowerGrid
India’s central transmission utility PowerGrid Corporation has tied up 75% of the Rs 55,000-crore capex for laying inter-regional transmission capacity of 37,800 mw by 2012. Moreover, the company has received the Centre’s approval for raising an additional $1 billion from multilateral organisations such as World Bank and Asian Development Bank (ADB), the notification for which was issued recently. Of the Rs 55,000 crore, nearly Rs 16,000 crore will come from internal accruals and Rs 39,000 crore through domestic and international borrowings and also through suppliers’ credit. Besides, the state-run firm has proposed a capex of Rs 12,000 crore for 2009-10 against Rs 8,095 crore in 2008-09.