Awards & Honors:
Netaji Subhash Chandra Bose Award – Vilas Rao Tope
Vilas Rao Tope the great grandson of Tatya Tope gets Netaji Subhash Chandra Bose award. The award will be bestowed on January 23. The award is given after every five years by an organization ‘Bharat Bharati’ to leaders who work with full dedication and morality. It was commenced on the birth century of Netaji in 1997, was first bestowed upon former Prime Minister I K Gujral. Former PM A B Vajpayee was chosen for the award in 2002, but as per rules the Minister can’t receive this award.

Events & Happenings:
500 Diksha Anniversary of Chaitanya Mahaprabhu
Chaitanya Mahaprabhu took ”Diksha” from Sripad Keshab Bharati on this day in the year 1510 at Katwa. This year marks the 500th anniversary of this event. Chaitanya Mahaprabhu a saint and social reformer in eastern India West Bengal, Bihar, Jharkhand and Orissa & present Bangladesh in 16th century believed to be incarnation of Lord Krishna. A proponent for the Vaishnava school of Bhakti yoga , worshipped the forms of Radha and Krishna and popularized the chanting of the Hare Krishna maha mantra and composed Siksastakam in Sanskrit.

Century’s first Mahakumbha:
First Mahakumbh Mela of the Century commences with taking of a holy dip in the Ganges in Haridwar by tens of Lakhs of devotees, which is organized every 12 years and is also famous as the largest religious gathering in the world.
Some memorable Points:

Makarajyothi
Makarajyoti is a celestial star light which is worshipped by the pilgrims of Sabrimala. Makarajyothi is a celestial light on the eastern horizon, on the auspicious occasion of the ‘Makarasamkramam”. This marks the finale of the pilgrimage season of the hill shrine of Sabarimala Chanting of ‘Swaamiye Saranam Ayyappa” as the holy light flickered across the skies above the Ponnambalamedu after the evening pooja is performed in the shrine. Witnessing this light brings good luck, this is what devotees believe. It is the climax of Makaravilakku season of Sabarimala pilgrimage lasting 41 days.

Karnataka: Plan Bangalore 2020
Plan Bangalore 2020 is a blue print for transforming the city into a world-class metropolis created by Agenda for Bengaluru Infrastructure Development Task Force (ABIDE). The final version has been released. This suggests that mass transit and public transport should be made the backbone, and it should take 60% burden of the commuting people.

Crocodile census in Bhitarkanika National Park
The Bhitarkanika National Park comprises of Mangrove wetland in Orissa state located in the delta of the Brahmani and Baitarani rivers. The mangroves home to one of India’s largest populations of saltwater crocodiles. After imposing a week long entry of tourists in the park , Orissa State forest department conducted Crocodile census from December 31 to January 8 , 2010, which reveals that there are 1610 Estuarine crocodiles. 38 more than last year.

India is Developing Anti Satellite Weapons
Anti-satellite weapons are designed to incapacitate or destroy satellites for strategic military purposes. Right now this technology is held by US, Russia & China. US was first to successfully test this weapon in 1985. China tested a weapon successfully in 2007.

Now, DRDO Director-General and Scientific Advisor to the Defense Minister, V.K. Saraswat says that India is building the technology blocks needed to neutralize hostile satellites in low earth and polar orbits. Anti-satellite weapons will be developed as part of the Indian Ballistic Missile Defense Program, which will complete the development stage in totality by 2014.

On Sethusamudram Channel:
Sethusamudram Ship Channel Project which is going to link Palk Bay and the Gulf of Mannar between India and Sri Lanka through the island chain of Adam’s Bridge (Rama Sethu) involves digging a 44.9 nautical mile (83 km) long deepwater channel linking the shallow water of the Palk Strait with the Gulf of Mannar.
An environment impact assessment study of the Sethusamudram channel will be carried out by National Institute of Oceanography (NIO). NIO was called for this study by ministry of shipping on the recommendation of an expert committee set up by the Supreme Court of India under the chairmanship of R.K. Pachauri in July 2008.

The other institutes which shall take part in the study are Nagpur-based National Environmental Engineering Institute (NEERI) and the Indian Institute of Management, Bangalore.

On Solar Eclipse:
It was once in a lifetime opportunity for scientists across the world. So they rushed to South India to see the ‘Ring of Fire’ during the millennium’s longest annular solar eclipse. Kerala and Tamil Nadu offered the best views. 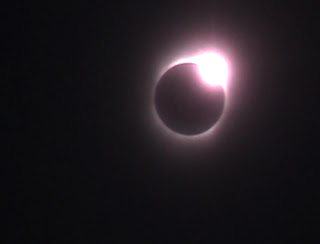 How Helium is related to Solar Eclipse? Google it and let me know ! & Why Google? Read next Para ….

Business & Economy:
Word of the Decade: Google
American Dialect Society (ADS) declared Google as Word of the decade and Tweet as top word of 2009. Google is now not a company. Google is a verb used by everybody. To Google is to search the web. Google is a Phenomenon. Other nominees were ‘9/11,’ ‘blog,’ ‘green,’ ‘text,’ ‘war on terror,’ and ‘Wi-Fi.’.

10% Divestment in EIL
Cabinet Committee on Economic Affairs (CCEA) clears 10 % disinvestment in the Engineers India Ltd. There are 60 companies identified by the Department of Disinvestment for selling government stake. (Please note that at one place in this blog we mention 36 companies). IN EIL Govt. holds 90.40% stake.

HP Microsoft Cloud computing Pact
An agreement is signed between HP and Microsoft Corp today for 3 years pact to invest $ 250 million in cloud computing. Cloud computing is a next-generation infrastructure-to-application model which aims at speeding application implementation and eliminate complexities of IT management and automate existing manual processes to lower the overall costs.

Global Affairs:
Swiss Ban on Minarets
In November 2009 there was a referendum in Switzerland which was passed by 57.5% majority which effects a constitutional amendment in Switzerland , banning the construction of new minarets in Mosques. The ban was sought by some political parties and Egerkingen Committee. This amendment does not affect the existing 4 minarets in Switzerland- Zürich, Geneva, Winterthur and Wangen bei Olten.
Religious scholars and intellectuals of different faiths of India on January 14, 2010 come together on a platform to condemn the Swiss government’s ban on minaret of mosques. It was called by Sahyog Cultural Society in association with Milli Forum at the Haj House.