Awards & Honours:
Lifetime Achievement Award of Delhi Government:
Padma Bhushan Habib Ahmed Khan ‘Tanvir’ and Pandit Bhimsen Joshi get the Lifetime Achievement Award from Delhi Government for their distinctive contribution in their respective fields on both national and international levels over decades. This Award had been instituted in 2004 by Sahitya Kala Parishad under the Delhi Government in 2004 to be conferred on eminent personalities for their outstanding contribution to the fields of music, dance, theatre, visual arts and literature.

On B K Somashekhara Commission
The Government of Karnataka in 2008 had constituted Justice B.K. Somasekhara Commission of Inquiry to inquire into the sequence of events and circumstances leading to attack on the Churches and prayer halls and incidents thereafter which occurred during the month of September 2008 in Dakshina Kannada and other districts of Karnataka. The judicial proceedings of the commission come to an end. Now the commission expresses its displeasure over the less time given and urges the government to give reasonable time to finish the work.

Government has instructed the commission to finish the job by March 31.
About Justice BK Somshekhara:
Please note that Justice BK Somashekhara is a former judge of Karnataka High court and he was ealier appointed by the state government as “Justice B.K. Somasekhara Commission of inquiry” on June 2, 1997 to probe into the “ELERU SCAM” involving the allegations of irregularity in payment of compensation by a Court and misappropriation of such amounts running into millions of rupees by the officers of various departments of the Government, Banks, Politicians and members of the public.

Meditech Valley
‘MedTech Valley’ is going to be developed by Hyderabad Metropolitan Development Authority (HMDA) on the outskirts of the city as a cluster for manufacturing medical devices and diagnostic equipment. This cluster would attract investors from the country as well as from abroad in manufacturing of medical devices and equipment. It is located close to Genome Valley.
On February 6, 2010 AP Governor E S L Narasimhan unveils the logo of Meditech valley.

Help Line for Tourists:
Tourism Minister Kumari Selja announces a dual purpose helpline for tourists, whether domestic or international, who can call on this helpline and get information about a place that they intend to visit. Besides this, they can also call when in distress or in an emergency for immediate help.

OPD’s at Stations:
Indian Railways and the Ministry of Health sigbn a Memorandum of Understanding to build hospitals and OPDs at railway stations and on Railway land.The ministries will invite private and public players to start heath facilities on the station premises. With this MOU the ministries can reach half of the population which travels by train. MoU would make way to invite, under private-public partnership schemes, proposals to build hospitals, dispensaries, health centres for diagnosis and Out patient departments on railway properties.

India & World:
Face to Faith Program of Blair Foundation :
Tony Blair Faith Foundation was established by Tony Blair in May 2008. Tony Blair Faith Foundation’s aim is to use the tools of modern communications to “educate, inform and develop understanding” about various faiths and the relationships between them. It aims to do this in such a way as to address global poverty and conflict.
The program is “Face to Faith” and now the Tony Blair Faith Foundation is seeking to reach out to children in Indian schools to expand this program. The Face to Faith programme aims building understanding among children of different faiths through video-conferencing and othertechnological tools. Hundred schools are already being covered in India, Pakistan, Palestine, Malaysia, the United Kingdom and the U.S.
Children in various schools in these lead countries directly interacted with their peers in the U.K. and the U.S so that they develop the basic insight and sensitivity to these issues.

About This Committee:
The President’s Committee on the Arts and the Humanities (PCAH) was established in 982 and works with each Administration to incorporate the arts and the humanities into White House objectives.The current chairperson is Michelle Obama.
About Jhumpa Lahiri: 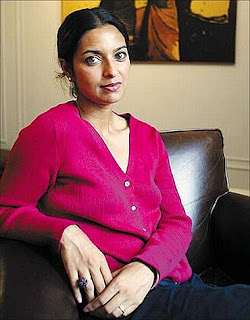 Original name of Jhumpa Lahiri is Nilanjana Sudeshna (or Svdeshna) Lahiri. Her first story collection , Interpreter of Maladies which was published in 1999 had won Pulitzer Prize for Fiction in 2000. other important work is The Namesake which was also the basis of a film with the same name. Unaccustomed Earth (2008) is another novel authored by her which won Frank O’Connor International Short Story Award in 2008.
(image comes via: rediff.com)

First in-depth study of Malaria Parasite Genome
A groundbreaking research has been done at Singapore’s Nanyang Technological University’s (NTU) School of Biological Sciences (SBS) which could lead to the development of more potent drugs or a vaccine for malaria. read here