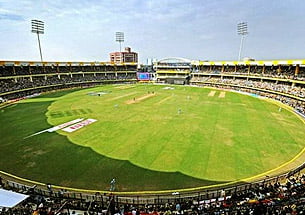 Three day long celebrations are underway at the Eden Gardens in Kolkatta by the Cricket Association of Bengal (CAB) to commemorate the 150th birth anniversary of the iconic cricket ground.
As part of the celebrations, 150 of the oldest members of annual, associate and life categories of the CAB will be felicitated. On October 18, a souvenir and a special gold coin will be released by CAB.