Constitutional Amendment to increase the powers of the Autonomous Councils 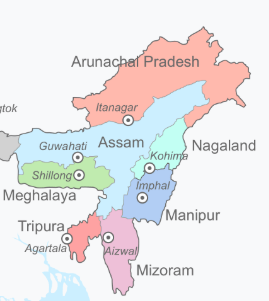 The Union Cabinet headed by Prime Minister Narendra Modi has approved the constitutional amendment which seeks to increase the powers of the autonomous councils in the Sixth Schedule areas of the Northeast.

What are the amendments proposed?

The Sixth Schedule of the Constitution provides for decentralised self-governance and dispute resolution through local customary laws in parts of the North East, mainly tribal areas. The amendments proposed are:

The amendments are in direction of fulfilling the commitments made under tripartite Memorandum of Settlements signed by Government of India, governments of Assam and Meghalaya, United People’s Democratic Solidarity (UPDS), Dima Halam Daogah (DHD) and Achik National Volunteers’ Council (ANVC).