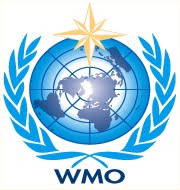 According to the World Meteorological Organization’s (WMO) annual Greenhouse Gas Bulletin level of carbon dioxide (CO2) emissions in the atmosphere has reached a record high.
The globally averaged concentration of CO2 in the atmosphere reached to 400 parts per million (ppm) for the first time in 2015. It is expected to surge again to new records in 2016 on the back of the very powerful El Niño event.
Key Facts

What is relation between CO2 emissions and El Niño event?