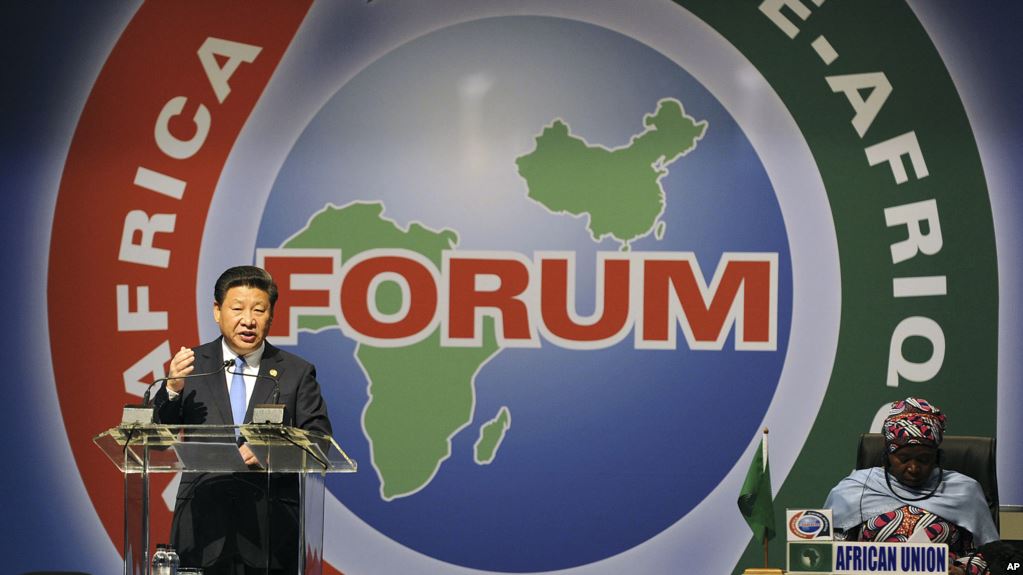 China has pledged $60 billion of financial assistance to Africa bolster industry, counter hunger, and enhance security in the continent. It was announced by Chinese President Xi Jinping in his inaugural address at third Forum on China-Africa Cooperation (FOCAC) held in Beijing.

FOCAC is an official forum between China and all states in Africa (except Eswatini). It was started as Ministerial Conference in 2000 in Beijing and since then it is held triennially in China and Africa alternatively.

Focal areas: Eight focal areas of funding were mentioned that would premise emergence of China-Africa community with shared future in the new era. Energy, transport, telecommunications and tapping cross-border water resources will be China’s priority in this next phase of Africa’s infrastructural forays.
Economic and trade cooperation: China’s will also help to set up additional economic and trade cooperation zones to promote industrialisation in Africa. It will also encourage local currency settlements, instead of hard currency usage to settle transactions. It will also support Africa to achieve general food security by 2030.
Security: China also flagged its intent to bolster security in the continent. It will set up peace and security fund in partnership with Africa. It will also support countries in Sahel region and others bordering piracy-ridden Gulf of Aden and Gulf of Guinea apart from providing military aid to African Union.
50 China-Africa security assistance programmes will be launched under flagship Belt and Road Initiative (BRI).  China has already established naval base in Djibouti on the edge of the strategic Gulf of Aden, which links the Red Sea and Arabian Sea
Environment Protection: China-Africa Green Envoys Programme will be launched to strengthen Africa’s capacity for environmental management, pollution prevention and control, as well as green development. China-Africa environmental cooperation centre will also be set up where research on environmental issues will be conducted.
Financing Mechanism: For financing, China will nudge African countries to tap new multilateral lenders such as Asian Infrastructure Investment Bank (AIIB), New Development Bank (NDB) of emerging economies as well as Silk Road Fund marshalled by China.
Out of $60 billion offered, China will disburse $15 billion as aid, interest-free loans and concessional loans, $20 billion as credit line, channel $10 billion into special fund for China-Africa development and $5 billion special fund will be set up only for African imports.