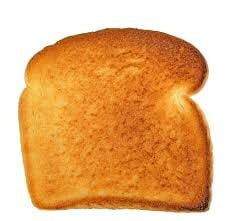 According to scientists from Food Standards Agency (FSA) of United Kingdom, chips, potatoes and bread cooked to brown can cause cancer.
According to FSA when the starchy foods are roasted, grilled or fried for too long at high temperatures (above 120 degree Celsius), it produces carcinogenic chemical Acrylamide.

Acrylamide is a chemical used primarily in making polyacrylamide and acrylamide copolymers that are used in industrial processes such as a production of dyes, plastics, paper. It is also used in treatment of drinking water and waste water.

How does cooking produce Acrylamide?

Acrylamide is present in many types of food such biscuits, cakes, bread, coffee, toast, crisps, chips, and other starchy food. It is a natural byproduct of the cooking process. It is produced when Asparagine, a building block of proteins found in many vegetables is heated to high temperatures in the presence of certain sugars. Cooking methods such as baking, frying, grilling, roasting mainly results in production of acrylamide. The darker the colour gets of the food, more acrylamide is present in it.

Some researches in animals have shown that the chemical Acrylamide is toxic to DNA and causes cancer. Although there is no conclusive evidence but same can be applicable in the case of people. It can also have adverse effects on the reproductive and nervous systems.