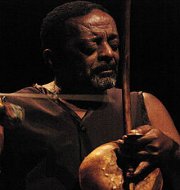 Acclaimed Brazil musician Naná Vasconcelos passed away due to lung cancer in the northeastern Brazilian city of Recife. He was 71.
He was 8 time Grammy Award-winning Brazilian percussionist known for his wide instrumental range and major role in free spirited jazz and world music of the 1970s and 1980s.