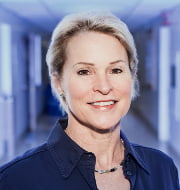 Bioengineer Frances Arnold from United States (US) has won the prestigious 2016 Millennium Technology Prize.
With this she becomes first female to be awarded with this prestigious biennial award in its 12-year history.
The Technology Academy Finland (TAF) had chosen Frances Arnold for this award in recognition of her discoveries that launched the field of directed evolution. Her discoveries mimic natural evolution to create new and better proteins in the laboratory.
About Frances Arnold