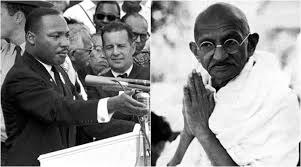 The Foreign Affairs Committee of the US House of Representatives has passed legislation for setting up an exchange program for Indian and American students to study Mahatma Gandhi and Martin Luther King Jr. The Gandhi-King Scholarly Exchange Initiative Act was authored by John Lewis, the civil rights member who had passed away last week.

The bill was first introduced in the House in October 2011; two years after John Lewis had led a Congressional delegation to India in order to commemorate the 50th anniversary of Martin Luther King’s 1959 visit to India. Since then, the civil rights activist and Democratic member has been trying to get the law passed in the US.

According to the bill passed by the committee, the state department is being authorized to set up, in coordination with the Indian government, an educational forum for scholars from the two countries focused on studying both the leaders. A professional training initiative on conflict resolution based on the principles of non-violence will be developed and a foundation will also come up to address social, environmental and health priorities in India.

What is the objective of the Gandhi-King Exchange Bill?

Gandhi-King Exchange Bill has been drafted to promote the legacies of Mahatma Gandhi and Martin Luther King Jr. It will enable both India and the United States to create an exchange initiative in the field of professional development training, education and establishment of a foundation to address social, environmental, and health issues in India.

Who wrote the Gandhi-King Exchange Bill?

The bill is written by American politician and the civil right leader, John Lewis. He fought for human rights, racial reconciliation,  equality and justice, and democracy for all. He practiced the philosophy of nonviolence like Gandhi and Dr. King to shape the world.

When did John Lewis visit India?

In the year 2009, a Congressional delegation, led by John Lewis visited India to commemorate the 50th anniversary of Dr King’s pilgrimage to India. He created the Gandhi-King Exchange Act by taking inspiration from his visit.

Who co-sponsored the bill?

What are the common contributions of Gandhi and Dr. King?

Gandhi and Dr. King Jr contributed in the field of social justice, social change, peace, and civil rights in their respective communities, countries and in the world. According to the bill, non-violent civil disobedience played a significant role in defeating social injustice.

What is the purpose of setting up Gandhi-King Global Academy?

The Gandhi-King Exchange bill also recommends the establishment of the Gandhi-King Global Academy. It is a conflict resolution initiative, based on the principles of nonviolence, which will focus on representatives from governments, NGOs, civic organisations, educational, cultural, women’s, civil, and human rights groups, religious and ethnic minorities and marginalised communities in countries with ongoing political, social, ethnic, or violent conflict.

What is the objective of setting up the United States-India Gandhi-King Development Foundation?

The United States-India Gandhi-King Development Foundation will be established in the coordination of both India and US governments. It will identify development priorities and will act as an administrator and overseer in the matter of awarded grants to private non-governmental entities to address such priorities in India, which includes health initiatives addressing tuberculosis, WASH (water, sanitation, and health), pollution and associated health impact, climate change, education, and women empowerment.

What is the present status of the bill?

This bill has received final approval of the key congressional committee on 29th July, 2020 in the US. However, the bill has to pass through the House and Senate before it becomes the law.