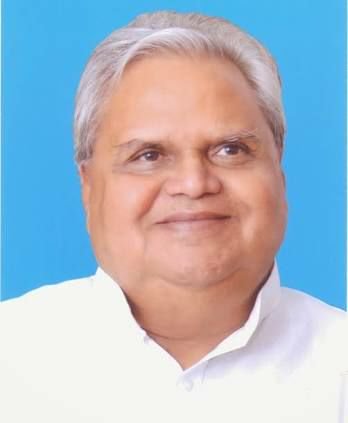 He hails from Baghpat district in western Uttar Pradesh. He had begun his political career in 1970s as member of UP Legislative Assembly between 1974 and 1977. He was elected from Aligarh Lok Sabha constituency on Janata Dal ticket in 1989-90. He also served as a member of Rajya Sabha for two terms of 1980-86 and 1986-1992. He has also served as MoS for Parliamentary Affairs and Tourism. He has also served in several Parliamentary Committees. He was also member of Uttar Pradesh Assembly from 1974 to 1977.

Article 153: It says that there shall be Governor for each state. But 7th Constitutional Amendment Act, 1956 facilitated appointment of same person as a governor for two or more states.
Article 156: Governor is appointed by President for term of 5 years but usually holds office during pleasure of President. There is no provision of impeachment, as it happens for the president.