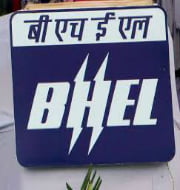 On 7 August Bharat Heavy Electricals Limited (BHEL) commissioned a 500 MW thermal unit of NTPC’s Vindhyachal Super Thermal Power Station (STPS) in Vindhyanagar, Singrauli district of Madhya Pradesh.
BHEL has successfully commissioned the seventh unit of 500 MW at Vindhyachal power station summing up to 3,500 MW the highest done by BHEL in power projects.
For this project, BHEL had contributed in engineering, manufacture, design, supply, erection and commissioning of steam turbines. It also had important role in installing generators and boilers, along with associated auxiliaries and electricals, controls & instrumentation (C&I) and electrostatic precipitators (ESPs).
BHEL particularly makes sets of 500 MW rating class and has commissioned so far 76 sets in the country. The sets supplied by BHEL have better operating Heat rate that consumes less coal while producing per unit of power.
It should be noted that BHEL has established higher rated unit and thermal sets with a high degree of indigenization. In current financial year (2015-16) it has commissioned power plants with a cumulative capacity of 2,480 MW.

Super Thermal Power Stations (STPS) are a series of ambitious coal based power projects planned by the Government of India in 1990. The capacity of such thermal plant is 1000 MW and above.
There are over 65 STPS in India and Mundra Thermal Power Station of Adani Power in Kutch district  of Gujarat is the largest among all.
Note: India stands fifth in the world in production of  thermal power. It produces over  1108 TW and its consumption demand is expected rise to 1905 TW by 2022.