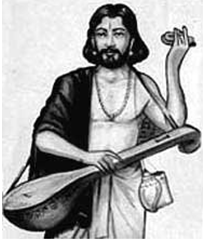 Former French Culture Minister Audrey Azoulay (45) was elected as new Director General of UNESCO – the UN’s education, science and culture agency. With this, she becomes first Jewish Director of UNESCO.
Azoulay defeated Qatar’s Hamad bin Abdulaziz al-Kawari in the final 30-28 vote after she won a runoff with a third finalist from Egypt. She will succeed outgoing Director-General Irina Bokova of Bulgaria.

Azoulay was born on 4 August 1972 in Paris to a Moroccan Jewish family from Essaouira. She is the daughter of Andre Azoulay, an adviser to king Mohammed VI of Morocco.  She had earned master’s degree in management sciences from Paris Dauphine University in 1994 and master’s degree in business administration from Lancaster University. She also studied at Sciences Po and École nationale d’administration (ENA). She was France’s Minister of Culture from February 2016 to May 2017.