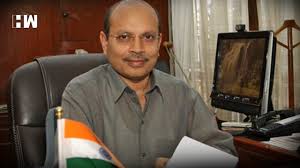 Appointments Committee of the Cabinet (ACC) headed by Prime Minister Narendra Modi has appointed former IAS officer Ashok Kumar Gupta as Chairperson of Competition Commission of India (CCI). He replaces acting chairperson Sudhir Mital. He will be in office till October 25, 2022 i.e. till he attains age of 65 years or until further orders, whichever is the earliest. Gupta is former IAS officer of the Tamil Nadu cadre.

CCI is quasi-judicial statutory body established under The Competition Act, 2002. It was established in October 2003 and became fully functional in May 2009. Section 8(1) of the Act provides CCI shall consist of Chairperson and not less than two and not more than six Members. Presently, Chairperson and four Members are in position. It has been functioning as collegium right from its inception. It functions under Ministry of Cooperate Affairs.
CCI aims to eliminate practices that adversely affect competition in different industries and protect interests of consumers and ensure freedom of trade. Its seeks to eliminate practices having adverse effect on competition, promote and sustain competition, protect interests of consumers and ensure freedom of trade in markets of India. It also gives opinion on competition issues on reference received from statutory authority established under any law and undertakes competition advocacy, create public awareness and impart training on competition issues.