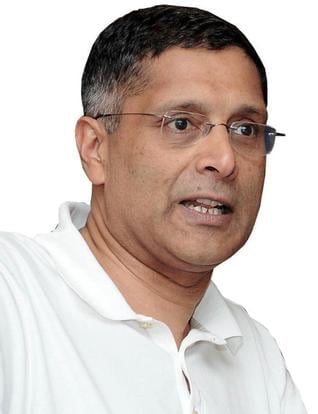 Renowned economist Arvind Subramanian has been appointed the Chief Economic Advisor (CEA). The Appointments Committee of the Cabinet has approved his appointment, on a contract basis, for three years.

Arvind Subramanian is a well respected academician, economist, author and global thinker.
The US based economist obtained his undergraduate degree from St.Stephens College in Delhi, postgraduate degree from IIM-Ahmedabad and did his doctorate at the University of Oxford in UK.
Subramanian has been advising the Indian government in different capacities. He has been a member of the Finance Minister’s Expert Group on the G-20. He was Assistant Director in the Research Department of the IMF and was associated with the GATT (1988-92) during the Uruguay Round of trade negotiations.

The CEA is expected to immediately start working on the next fiscal’s budget. In a statement made after his appointment, Mr.Subramanian identified two areas of focus for the Indian economy, namely, maintaining macro-economic stability and creating conditions conducive for rapid investment and growth.
The CEA is the economic advisor to the Government of India, and works directly under the Ministry of Finance. The CEA is the also the ex-officio cadre controlling authority of the IES (Indian Economic Service). Also, the CEA enjoys rank and pay equivalent to that of a Secretary to Government of India.