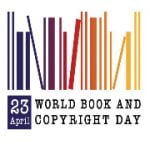 Initially his birthdate October 7 was proposed. But as the death anniversaries of William Shakespeare and Inca Garcilaso de la Vega also falls on April 23, the later was selected.

However, in reality Shakespeare died 10 days after Cervantes. This was because when the legends lived, Spain used Gregorian calendar and England used Julian Calendar.

Miguel de Cervantes was a Spanish writer. He was well known for the classic western literature “Don Quixote”. He lived in 17th century. He was a soldier, poet, novelist, tax collector and a playwright. He was forced to leave Spain and hence he worked as a cardinal in Rome.