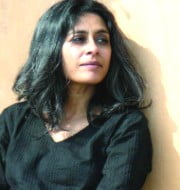 Indian writer Anuradha Roy has won the on the prestigious $50,000 DSC Prize for South Asian Literature for her novel ‘Sleeping on Jupiter’.
She was awarded with prize and a unique trophy by Sri Lankan Prime Minister Ranil Wickremesinghe in Colombo.
Her novel Sleeping on Jupiter deals with the subject of violence against women with story revolving around girl named Nomi and is set in Jarmuli, a city of temples.
She was selected among the 6 shortlisted authors for this edition (sixth) of prize by jury headed by Mark Tully.