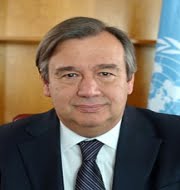 About Secretary-General of United Nations

Summary
The post of Secretary-General of United Nations is not as powerful, but he serves as the UN’s top diplomat and chief administrative officer. He has to run an unwieldy bureaucracy and manage the competing demands of the world’s big powers. His role is to step in both publicly and privately to prevent escalation of international disputes.