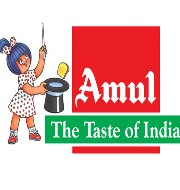 As per the MoU signed, ISRO would help in identification between food and fodder crops at the village level. ISRO will also help in establishing suitable areas at village level for green fodder cultivation. The Space Applications Centre (SAC) of ISRO has already carried out assessment that concluded that green fodder availability for dairy livestock at district and village level through remote sensing is feasible.
The significance of the agreement lies in the fact that the fodder acreage estimation can help in monitoring and planning of fodder development activities by the stakeholders in the dairy sector. This will help the milk producing farmers of Gujarat to reap benefits of fodder cultivation. Amul is procuring around 150 lakh litres of milk every day from around 35 lakh milk producers living in 18,500 villages.

Space Applications Centre (SAC) is one of the major centres of ISRO. It was established in the year 1972. It primarily focuses on the design of space-borne instruments for ISRO missions. It also develops applications of space technology covering the fields of communication, broadcasting, navigation, disaster monitoring, meteorology, oceanography, environment monitoring and natural resources survey for societal benefits. It is headquartered in Ahmedabad, Gujarat.

The GCMMF is one of the largest milk cooperatives in the world and the largest food products marketing organisation of India that exclusively markets products under the brand name of Amul and Sagar. It was formed by late Dr. Verghese Kurien in 1973, which today is jointly owned by 3.6 million milk producers in Gujarat. Kurien chaired GCMMF for more than 30 years (1973–2006). More than 70% of the members of the milk cooperative are small or marginal farmers and landless labourers including a sizeable population of tribal folk and people belonging to the scheduled castes.