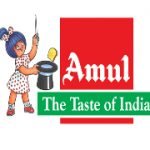 India’s largest food products marketing organization Amul has become the official sponsor of Indian contingent to the 2016 Rio Olympics.
In this regard, Gujarat Cooperative Milk Marketing Federation (GCMMF), which sells its product under the brand Amul has inked an agreement with Indian Olympic Association (IOA).
Key Facts

Earlier, Amul also had sponsored the Indian contingent in the last edition of 2012 London Olympics games. 2016 Rio Olympics will play host to the largest Indian contingent ever in which more than 100 sports persons are taking part in different sporting events.

The Government of Andhra Pradesh has signed an agreement with the dairy cooperative Gujarat Cooperat...

The Sports Ministry is all set to establish Khelo India State Centres of Excellence (KISCE) under th...

The French government announced that the 2020 edition of the world’s most famous cycling race, Tou...

On April 17, 2020, the Chess legend Viswanathan Anand was named the ambassador of World Wide Fund In...

The Wimbledon Tennis Tournament has been cancelled, in light of the global pandemic, for the first t...