75 years since WWII siege of Leningrad 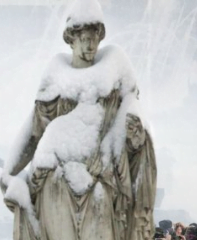 Russian marked the 75th anniversary of the end of the devastating World War II siege by Nazi forces with a large military parade at ST. Petersburg which was then called as Leningrad.

After the invasion of Soviet Union by Nazi Germany in June 1941, the German Army approached Leningrad from the west and their ally Finish Army approached the city from the south, down the Karelian Isthmus.
Leningrad’s population joined hands to build antitank fortifications along the city’s perimeter in the support of the Red Army defenders. Even though the defence mechanisms soon stabilised, the city was almost completely encircled, with all the vital rail and other supply lines cut off by early November.
This blockade and siege claimed more than 650,000 lives in 1942 alone. The minimal supplies which were coming kept the city’s arms factories operating and its two million inhabitants barely alive in 1942.
Soviet launched an offensive in early 1943 and ruptured the German encirclement and allowed more copious supplies to reach Leningrad along the shores of Lake Ladoga. By January 1944 a successful Soviet offensive drove the Germans westward from the city’s outskirts, ending the siege.
The government of the erstwhile Soviet Union awarded the Order of Lenin to Leningrad in 1945 and bestowed the title Hero City of the Soviet Union in 1965. A monument to commemorate the victims and heroism of the siege was unveiled in 1975.