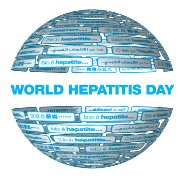 The World Hepatitis Day is being observed every year on July 28 around the globe to spread awareness about viral hepatitis.
Significance of the Day: It seeks to encourage diagnosis, prevention and treatment of Hepatitis. Provide a single global platform to raise awareness about hepatitis and influence real change in disease prevention, testing and treatment
2016 Theme: “Elimination”. It focuses on elimination of hepatitis as a public health threat by 2030.