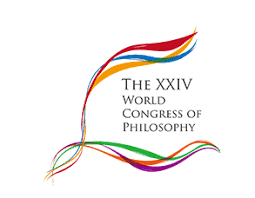 The 24th World Congress of Philosophy (WCP) was held in Beijing, China from August 13 to 17, 2018. It was organized by the International Federation of Philosophical Societies, and Peking University. Its theme was “Learning To Be Human”. This was first time that the quinquennial (once in five year) event was held in China.

24th WCP event saw more than 1,000 activities such as plenary sessions, symposia, lectures and roundtables. More than 6,000 philosophers and academics from 121 countries and regions had attended the event. They had shared diverse philosophical thoughts and took part in dialogues focusing on major issues confronting development of global civilization and challenges that mankind will face in the future.

It is global meeting of philosophers held every five years (quinquennialy) under auspices of International Federation of Philosophical Societies (FISP). It was first organized in 1900 in Paris, France and since it has become one of the largest philosophical events in the world. Its purpose is to contribute to development of professional relations between philosophers of all countries, promote philosophical education, and contribute to impact of philosophical knowledge on global problems. Each World Congress is sponsored by one of member societies in different country, which assumes responsibility for organization of that Congress.