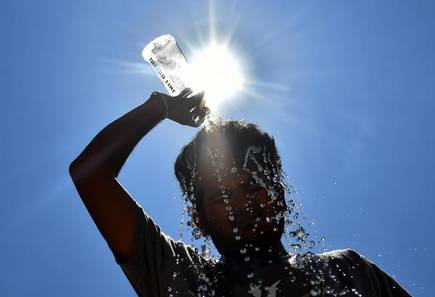 According to a report published by the India Meteorological Department (IMD) named ‘Climate Summary’ on Wednesday, 8th January 9, 2020, since record-keeping commenced in the year 1901, 2019 was the 7th warmest year in India as per the records of previous 119 years available. From 1980-2010 the average of mean temperature is defined, as in 2019 the mean surface air temperature was + 0.36 degree Celcius above the average making it the seventh warmest year in India since 1901 and as per the World Meteorological Organisation, during the first 10 months of 2019 (January-October) the global mean surface temperature was +1.10 degree Celcius.

Pre-monsoon(March-May)  and monsoon seasons (June-September)  temperatures have been the main contributors to the rising average temperature in India in 2019. During 2016, the highest of 0.71degree Celcius warming was observed over India, 2018 was the sixth warmest with 0.41 degrees Celcius. India also witnessed over 9% unusually high rainfall of what is normal for a year in 2019. 5 of the total 8 cyclonic storms formed over the Indian seas in 2019 were in the Arabian Sea, such a phenomenon last recorded in 1902.