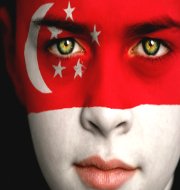 In recently concluded 2015 Singapore General Elections, People’s Action Party (PAP) led by Prime Minister Lee Hsien Loong has emerged victorious.
PAP returned to power after scoring a landslide victory by winning an absolute majority of 83 seats in the 89 member Parliament. The opposition Workers’ Party won 6 seats.
In this general election, PAP has secured 70 per cent of all valid votes up from 60.14 per cent in the 2011 general elections, when it had won 81 of the 87 constituency.
With this victory, governing PAP has secured their 14th consecutive term in office since independence of city-state in 1965. 2015 Singapore General Elections was country’s first election after the death of its founding Prime Minister Lee Kuan Yew.
Parliamentary Elections in Singapore
As per Constitution of Singapore, the Parliament has maximum term of five years after that it must be dissolved by the President and elections must be held within three months.
Voting is mandatory in Singapore and is based on the first-past-the-post system. The elections are conducted by the Elections Department, which is under the jurisdiction of the Prime Minister’s Office.