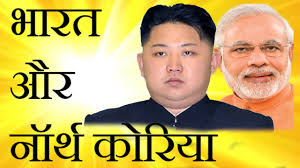 India has extended medical assistance worth about $1 million to North Korea in response to a request from the World Health Organization. India is sensitive to the shortage of medical supply situation in the country and that is why it decided to grant humanitarian assistance of $1 million in the form or anti-tuberculosis medicines to the country.

This is part of the ongoing WHO anti-tuberculosis program in the country. The consignment was handed over to the Democratic People’s Republic of Korea by the Indian Ambassador to the country, in the august presence of a WHO representative.

India and North Korea have strong trade and diplomatic relations and both the countries have embassies in each other’s country as well. India is, in fact, one of the biggest trade partners and a major food aid provider, to North Korea. Though India is a staunch critic of North Korea’s nuclear proliferation record and has also voiced concerns over it, it has never shied away from helping the country during need. As per the CII, the exports from India to North Korea in 2013 were to the tune of $60 million. Even dignitaries from both the countries have visited each other regularly with the most recent visit in 2018 by the Minister of State for External Affairs Gen VK Singh.