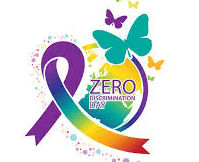 The Zero Discrimination Day was observed on March 1, 2022, to fight against the mentality which sparks issues or cases of violence.

The Zero Discrimination Day was first launched in December 2013, by Michel Sidibe who was the director of UNAIDS.  It was first observed on March 1, 2014. UNAIDS led the way to ease the life of people living with HIV/AIDS who face discrimination because of their ailment.

In India, the day is backed movement of LGBTQIA+ community, to repeal section 377. Section 377 had decriminalised homosexuality in the country. It was finally repealed in September 2018. However, such cases had emerged before as well, when March 1 was acting as a platform for people to raise their voices against discrimination.

The theme for Zero Discrimination Day 2022 is ‘Remove Laws That Harm, Create Laws That Empower.’ The theme highlights the ardent need to fight and take action against myriad discriminatory laws across the world, that result in people being treated differently.

Official Symbol of the day

The official symbol representing Zero Discrimination Day is a butterfly.