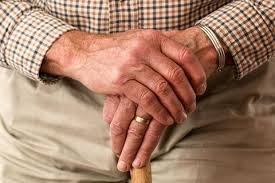 The World Senior Citizens Day is celebrated every year on 21 August across the world raise awareness of the condition of elder people and support them through the process of senescence. This day is observed to raise awareness about factors and issues affecting older people, such as deterioration with age and examine issues that affect their lives such as abuse of elderly people. It is also recognizes and appreciates contributions that older people make to society. It calls for welfare of elder persons to enroll and appreciate their achievements and involvement in the society to get promoted from their ability and knowledge.

The day was officially established by former president of United States Ronald Reagan after he had signed Proclamation on August 19, 1988, declaring August 21 as National Senior Citizens Day in US. Other countries later adopted the day to pay respect to the elderly community.  Later United Nations General Assembly on 14th of December 1990 proclaimed to observe 21 August as World Senior Citizens Day.